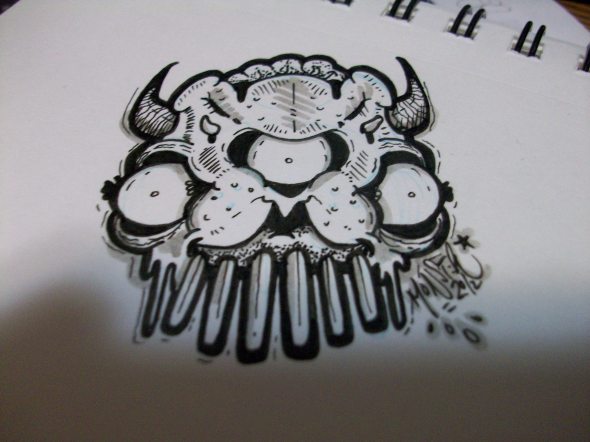 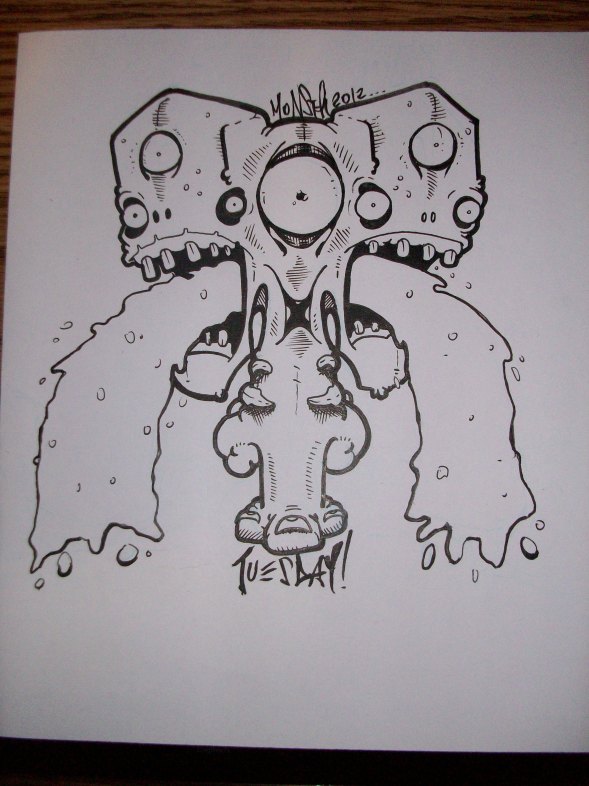 Writing a business plan over the next couple of weeks. Not as much fun as drawing vomit, but serious business is on the way.

I’m Sorry About That.

I swear I actually finished some legit work that I still can’t show yet. Luckily…luckily? I also did this. 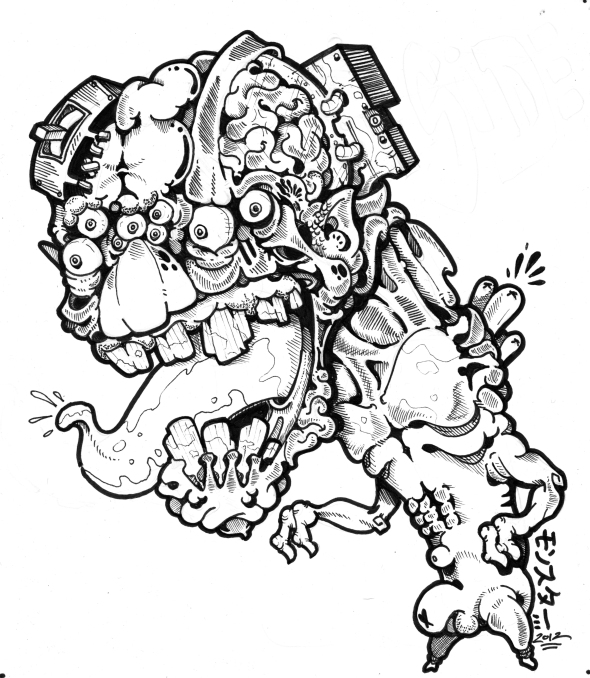 I’m not sure where this is going but I do have plans for some colour in its future.

To the 70’s then Back to the Future…in the present.

Experimenting with papers. 70’s comic style papers, future style drawings. I’m a time traveler. The backgrounds were created with a scanner, photoshop and patience, then printed and hand drawn on. I’m sure there’s an easier way to do things. 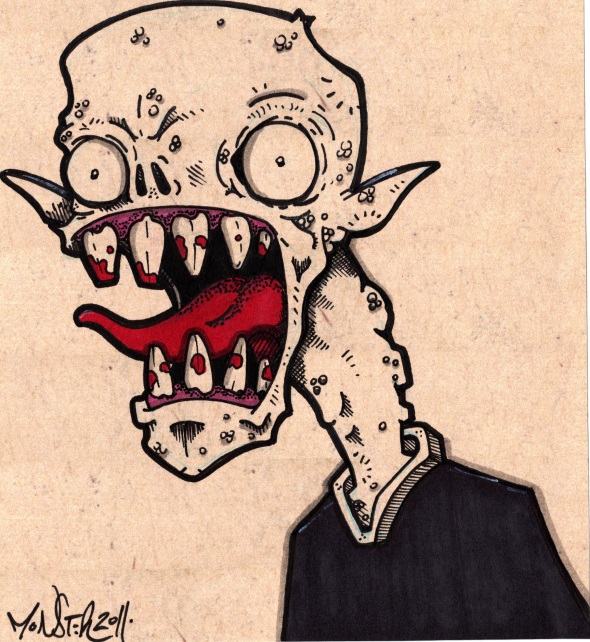 END_OF_DOCUMENT_TOKEN_TO_BE_REPLACED

I need a crash course in acrylic paints. At this point, I need to decide on a background for the zombie. The blue monster and the cupcake go together. 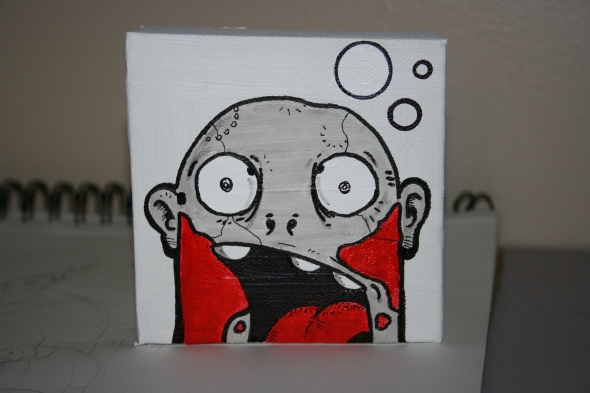 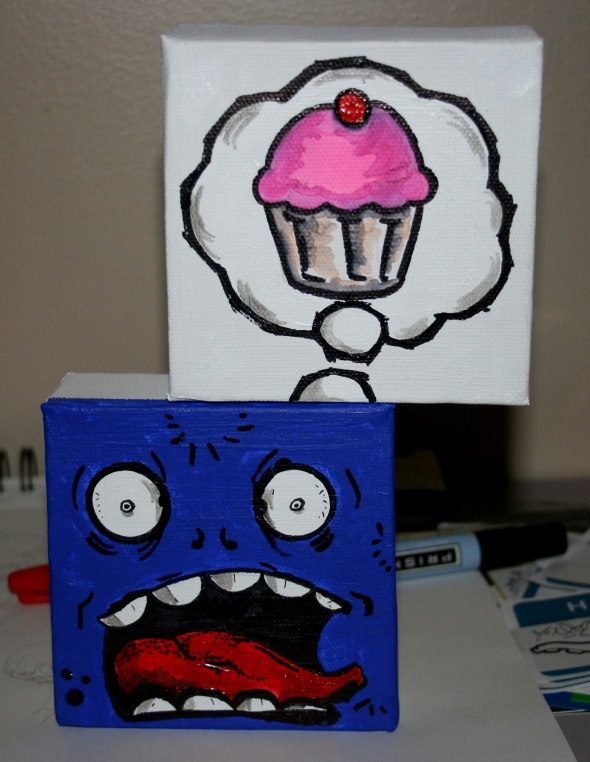 I’ve been participating in a weekly Blackbook Battle through Facebook. The challenge over this past week was the entire alphabet. It took two tries and ended up black and white but I’m happy, I may be able to use this for something in the future. 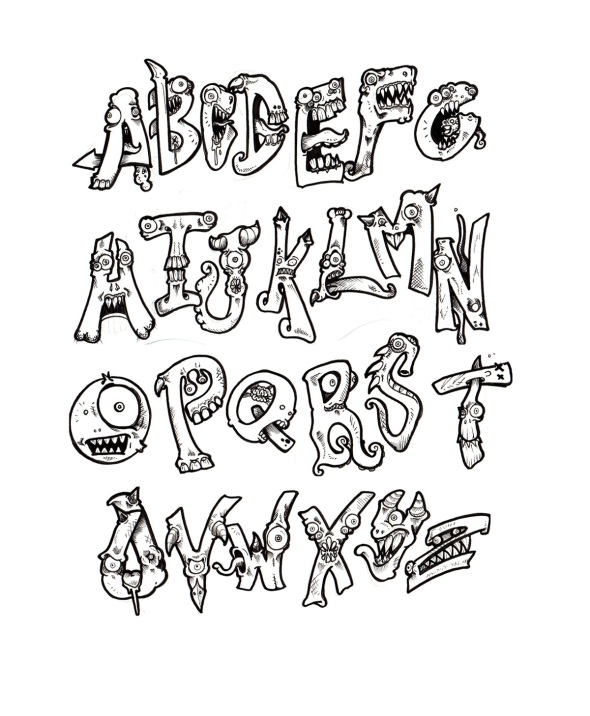 Worked on a couple of pieces for a blackbook battle group on Facebook. First I did this. 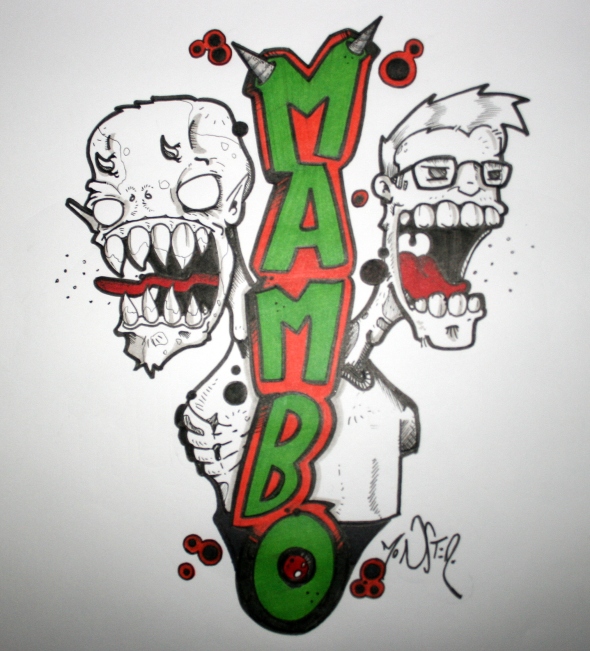 Try to see through the poor picture, I’m still photographing drawings instead of scanning. Due to some glaring issues I had with that piece I did a second. 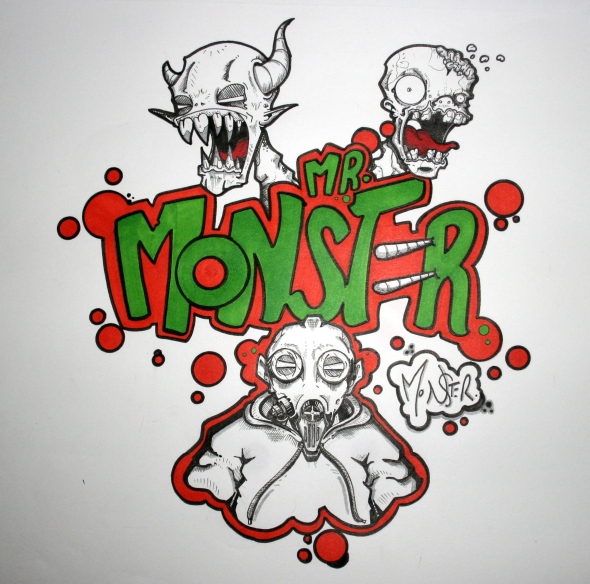 I’m going with the second one, it will have been submitted by the time you read this. Have I made the right choice? 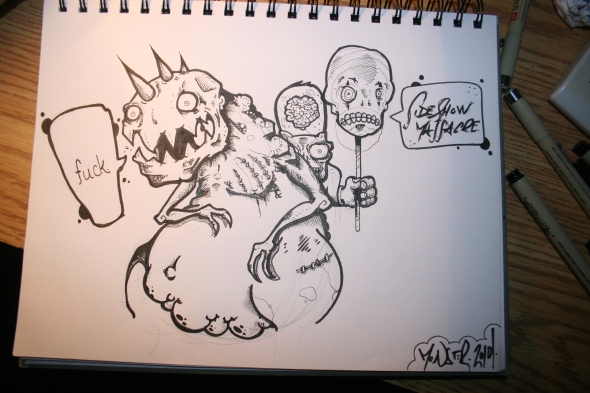 I didn’t do much at the most recent drink and draw. There was a little more drinking than drawing this time around. 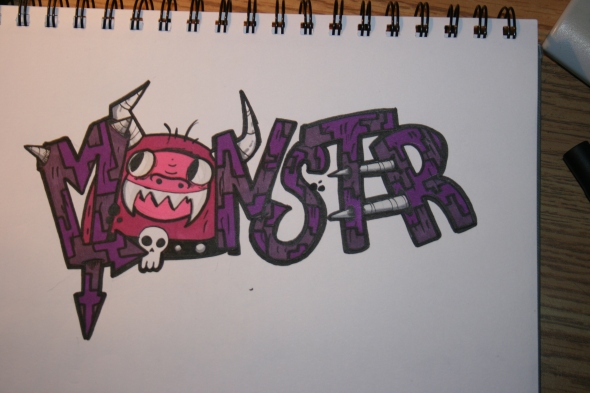 I wish I could lay claim to the monster but it’s actually a character from Fosters Home for Imaginary Friends with slightly different colours, don’t ask. 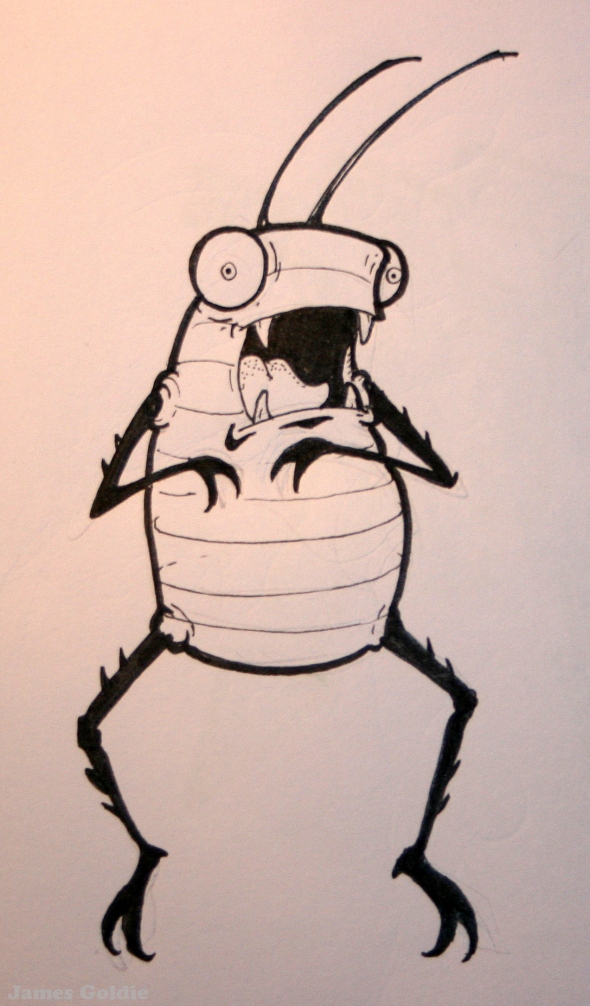 How distracting is the not having a scanner thing? It bothers the crap out of me.